People are better together

At Doctor Bird’s Jamaican Patty Shack,
we believe that people are better together 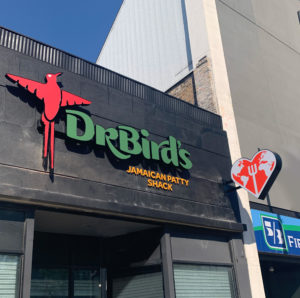 At Doctor Bird’s Jamaican Patty Shack we believe people are better together; expanding and applying Jamaica’s national motto globally. Our goal is to bring people together through food; blending flavors and concepts across the globe while adding the Jamaican flare. Our belief is that there is a place for everyone at the table.

The original Doctor Bird’s was established in 1981 in the inner city of Buffalo, NY. Doctor Bird’s started as a Caribbean grocery/corner store. In the early stages of business, it was difficult to garner widespread community support due to lack of familiarity with Caribbean food. We made the decision to sell Jamaican patties shortly after opening because of the early troubles.

Doctor Bird’s became a confluence of people from across the city where visitors were liable to run into anyone from the mayor; professors; artists; athletes; students; to the local street entrepreneur. Doctor Bird’s Patty Shack is here to build on that vibe of bringing people together. The sons of the original Doctor Bird’s are carrying on this tradition of spreading love and unity through food.

Why the Doctor Bird?

The Doctor Bird (red-billed streamer tail) is a species of hummingbird that resides solely in Jamaica and is the country’s national bird. The Doctor Bird has been immortalized in Jamaican folklore; glorified for its iridescent colors and distinctive scissor tail. Like the vibrant colors that coat the Doctor Bird; Jamaica is home to a diverse group. The national motto: “out of many, one people” highlights and embraces Jamaica’s diversity which is the source of the country’s distinct and rich culture. Jamaica’s diversity and unity provide its strength. This is our hope to bring to every table of all who dine with us.